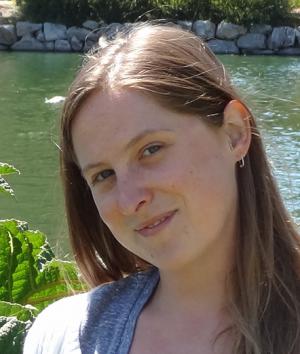 After New College, Sara worked as professional urban horticulturalist in San Francisco Bay region, developing a deep dedication to agriculture, ecology, and the built landscape. Her primary interests included community organizing with a focus on just and sustainable food systems, linguistics, and horticulture.

In the MAGIS program, Sara will enhance her academic and professional experience in community development and plant systems by exploring the use of agriculture as a tool for sustainable development. Her studies will include a third language and researching issues of access and equality for individuals and groups within society. At the University of California, Santa Barbara she plans to implement programs that address specific community needs and result in clear improvements in approaches to development, the environment, and agri-food systems at home and abroad.

During summer and fall of 2013, Sara completed her permaculture design certification at Santa Barbara City College and then traveled to India to take part in a course through the Sustainability Institute in South Africa. After that, she visited different farms, reserch institutes and universities to learn about integrated food systems and thier role in sustainable development. She was in Wardha Maharashtra as a student at Dharamitra experimental farm and research facility, then in Ludhiana, Punjab visiting scholar at Punjab Agricultural University. Next she went to Dehradoon, Uttarakhand where interning at Navdanya, Bija Vidyapeeth (which means seed school) where she worked on and learned about integrated farming in the area.