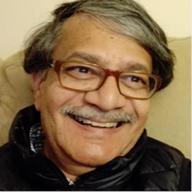 Satyajit Singh is Professor in the Department of Political Science and the Department of Global Studies. He was previously a Professor at the Department of Political Science, University of Delhi. He has been the Founding Dean and Professor at School of Development Studies and School of Human Ecology, at Ambedkar University, Delhi; India Chair at Ryukoku University, Kyoto, Japan; Visiting Fellow at the Institute of Development Studies, Sussex; Leverhulme Fellow for Environment and Development at the University of Sussex; and Asia Fellow at the Philippine Institute of Development Studies, Manila. He has worked in The World Bank and as Advisor, UNDP, UNICEF, The European Commission, Governments of Mongolia, Philippines, Cambodia, Indonesia, Maldives, Myanmar, Bangladesh and India. His research interests include Governance, Public Policy & Institutional Reforms, Indian Politics, Development and Environmental issues. He is one of the founders of India Public Policy Network and the current convenor. His publications include The Local in Governance: Politics, Decentralization & Environment (OUP 2016); Taming the Waters: The Political Economy of Large Dams in India (OUP 1997); (co-ed) The Dam and the Nation: Displacement and Resettlement in the Narmada Valley (OUP, 1997); (co-ed) Decentralisation: Institutions and Politics in Rural India (OUP, 2007). He has also published in Asian Survey, Policy & Society, Intercultural Studies, and the Economic and Political Weekly among other places. He is currently working on an edited volume on politics and policy linkages of a vernacular novel Raag Darbari and another co-edited volume exploring local politics for natural resource management.