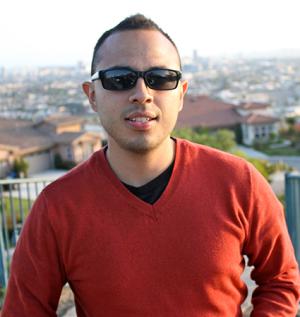 Enrique Villa earned his B.A. in social and behavioral sciences with a concentration in anthropology and a minor in Chicano/a studies from California State University, Monterey Bay. He focused on the growth of entrepreneurial migrants in the central coast of California, and later expanded his research to a comparative focus on U.S.-Mexico relations; during the summer 2010 he added a research focus on the highlands of Querétaro, Mexico. He was also a member the Ronald E. McNair Postbaccalaureate Achievement Program.

Enrique’s is drawn to issues of social injustice, underserved communities, human rights, and environmental issues and worked to capture these stories from behind the lens in film production. During the summer and fall of 2012, Enrique joined Selva Rica in Woodstock, New York, for two months of environmental film-making. He acquired the technical skills necessary for his fieldwork in Mexico, where he later traveled to for the following two months. In Mexico, Enrique along with colleague Kellie Hinze, worked with Ashoka Innovators to interview, observe, and film social entrepreneur Ashoka Fellows. Enrique traveled to Queretaro, Mexico City, and the southern Mexican states of Oaxaca and Chiapas for a first-hand look at the impact social entrepreneurship is having in Mexico.

Aside from academics, Enrique enjoys snowboarding, basketball, hiking, photography, and enjoys spoken word. His upbringing in a low-income community humbled him and has made it possible for him to become more open-minded to the diversity of issues surrounding our global community.

Enrique Villa completed his M.A. with the submission of his thesis in Fall 2013: "A Way Forward: Social Entrepreneurial Models and Systemic Change in Metropolitan Mexico."

Enrique Villa completed his M.A. with the submission of his thesis in Fall 2013: "A Way Forward: Social Entrepreneurial Models and Systemic Change in Metropolitan Mexico."