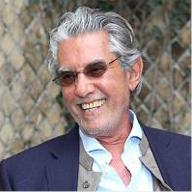 Jan Nederveen Pieterse is Suzanne and Duncan Mellichamp Chair and Distinguished Professor of Global Studies and Sociology at University of California Santa Barbara. Research interests include connectivity (Connectivity and global studies, 2021), Covid-19 (Covid-19 and Governance, co-edited 2021) and multicentric globalization (Multipolar globalization, 2018). A project underway is comparative study of capitalisms and varieties of market economies with a focus on inequality. He is the author or editor of 30 books.