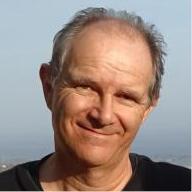 Raymond Clémençon has worked on international environmental policy issues since 1989 first as a government representative and later researcher, instructor and policy consultant. He is a senior continuing lecturer in the Global Studies Department and the Sociology Department at UCSB and has taught graduate courses in the Bren School of Environmental Science and Management and the Political Science Department. He served as Graduate Director in the Global Studies Department from 2013-2015.

Since 2003, he has served as the Editor-in-Chief of the Journal of Environment and Development an interdisciplinary and international journal established in 1992 and published by SAGE Publications. As of June 2018, JED has an impact factor of 2.3. JED offers opportunities for graduate students to become involved as associate editors.

Prior teaching experience: Prior to joining UCSB in the fall of 2008,  Raymond Clémençon taught at the University of California in San Diego at the Graduate School of International Relations and Pacific Studies (IRPS), the Environmental Studies Program and the Political Science Department.

Prior professional experience: From 1989 to 1994, Clémençon was Section Head at the International Affairs Division of the Swiss Environment Ministry. He was one of the negotiators on the Climate Convention, the Rio Conference on Environment and Development, and the establishment of the Global Environment Facility, GEF, a multilateral environmental financing mechanism associated with the World Bank, UNDP and UNEP.

Consulting: Since 1994, Raymond Clémençon has served as a policy consultant for the Global Environment Facility (GEF) in Washington DC, the World Bank, the "International Task Force on Global Public Goods," and the Swiss government. He was a member of the evaluation team conducting the Second Performance Assessment of the GEF in 1997. He advised the GEF secretariat during the 5th GEF replenishment negotiations in 2009 and the Swiss government on the establishment of the Green Climate Fund, in 2011 - 2012.

2018. ““Zweckoptimismus” and the Paris Process Will Not Save the World from Climate Catastrophe.” Integrated Environmental Assessment and Management — Vol. 14, No. 2, pp. 198–201.

2016. "The Two Sides of the Paris Climate Agreement: Dismal Failure or Historic Breakthrough?" Journal for Environment and Development, Vol. 25, No. 1: 4-22.

2008. "The Bali Road Map. A First Step on the Difficult Journey to a Post-Kyoto Protocol Agreement." Journal for Environment and Development Vol. 17, No. 1:70-94.

2007. "Funding for the Global Environment Facility Continues to Decline." Journal for Environment and Development Vol. 16, No. 1:3-7.